The Year 7 Panthers played away against East Fremantle Red at Henry Jeffrey Oval.

The breeze was strong off the river and each team tried to take advantage of it when their time came.

The Panthers were too strong overall and kept East Fremantle almost scoreless in the 2nd and last quarters,
finishing up with a conclusive win 75 against 42.

The Kats found themselves down 12 points to no touches inside the first minute after the Suns exploded out of the blocks with two dominant centre square clearances.

But the Kats settled and with some slick ball movement and ferocious tackles went into the main break up by 5 points (3 goals 6 points to 3 goals 1 point).

A lack of composure in the second half resulted in the Kats being unable to make the most of our “forward 50” entry opportunities, however, the boys should be proud how they fought to the end with only 1 on the bench and multiple players playing injured.

The year 5 team played their best game of the season to date, with a very convincing victory in extremely difficult conditions.

Players of the day were Hugo Knight and Sam Robinson.

The Year 10 Kats played Armadale at their home ground, Gywnne Park at 10.00am in very cold, wet and blustery conditions.

The Kats seamlessly adapted their game to the wet weather, using the strong breeze to their advantage and scoring quickly in the first quarter.

A 3rd quarter deluge did little to stop the Kats from moving the ball forward and increasing their lead on the scoreboard. In fact the Kats kept Armadale scoreless for the second half of the game.

Congratulations to Chadd on playing his 100th game of junior football for the Kats. 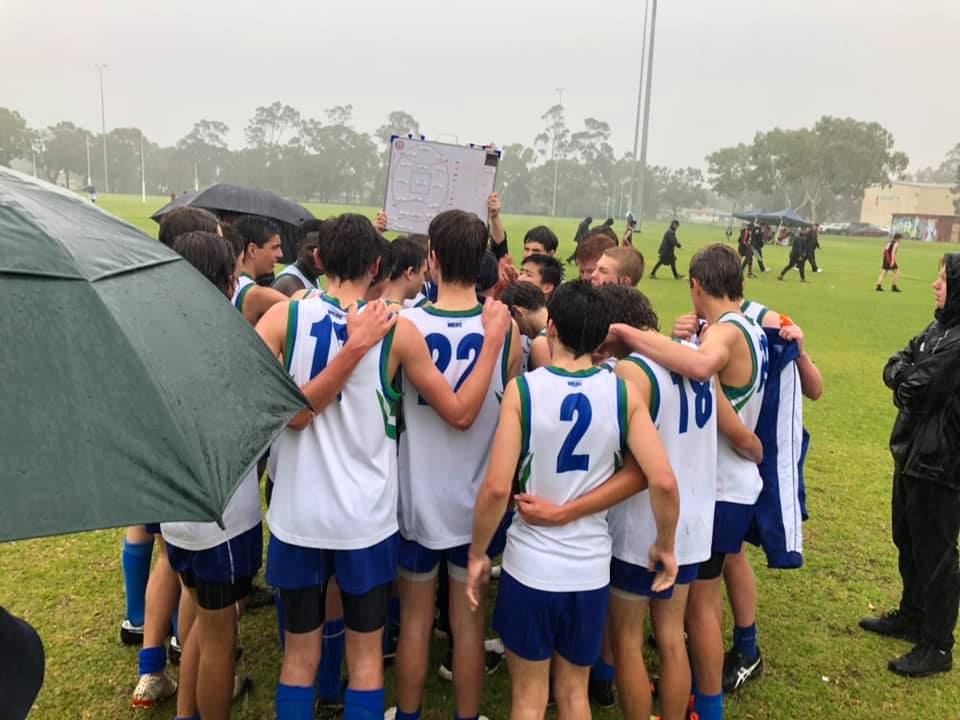